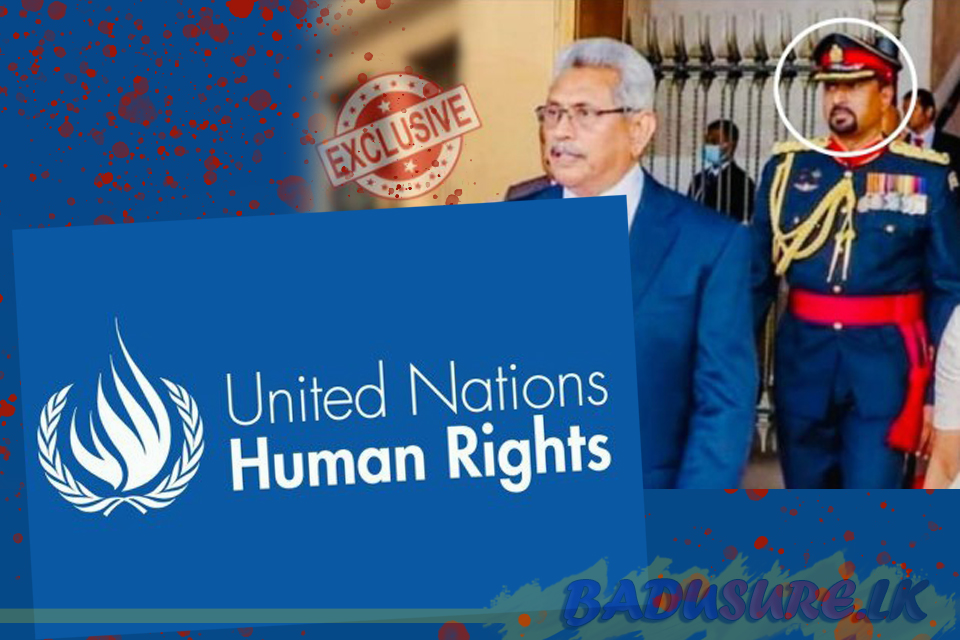 I am Matara Liyanage Lakdesh Ravindranath Wijesinghe currently in
Italy.
I am a Sri Lankan citizen currently residing in Italy.
I work as an online journalist from Italy.
Accordingly, these are named Badusure.lk , Independent sites and pages are managed by me and are responsible for the authenticity of the news published therein and for ensuring that everyone has the right to verify the authenticity of any or all news. Accordingly, in January, February, and March 2019, our website exposed the corruption and misconduct of Mahinda Ranasinghe, the then (2019) Colonel who was the Personal Security Officer of the Hon. President Gotabhaya Rajapaksa in the present Democratic Socialist Republic of Sri Lanka.
There, he was reported to have had an alleged sexual encounter with a civilian mail waiter ( left the country because of this incident & now in Korea) attached to 3 special forces when he was the commanding officer of 1special forces at Wanni and also several cases were reported against him in regard of sexual harassment to soldiers and widowed wives of fallen War heroes. while on military service. We made the remarks after verifying a contemporary military officer in Korea and a young person who had been sexually abused. The main reason for publishing this news was because we assume that such a person should not be the personal security officer for the President of the country.
On 29/03-2019 day after the news was published I was contacted by Chaminda Jayasena through a conference call (+9477789597) the secretary to former minister Wimal Weeravansha. The phone call mentioned above sounded like a warning to me. They mentioned that the work they did during all these years was not pleasant. They have not thought of a resumption when it comes to such things. The conference call conversation includes that what they have been doing for years is not legal, but such inappropriate illegal things have already stopped on 10th January 2009 and purposefully disease by mentioned 2009 May 19th But they warned me that they are concerned to start it in case of need. that threats were made to me by Mahinda Ranasinghe (President Gotabhaya Rajapaksha’s PSO)The reason I was intimidated Journalist Lasantha Wickramathunge and Pradeep Ekneligoda were murdered in 2009.

I mentioned there that if they have any suggestions on how to make a correction in this regard, we will have the opportunity to do so on our website, but to date, he has not sent such a correction to our website.

In the face of all this, he has threatened me with death on several occasions and I am afraid to return to Sri Lanka as he is a personal bodyguard to the current President as well as a Brigadier in the Army and my life is clearly under threat. In 2019 the reason we could not proceed with the case was that 90% of the state staff were from Rajapaksha’s party and it was useless to seek their help to preserve our rights.
Today I hope the Sri Lanka Human Rights Commission and the Geneva Human Rights Commission will work to eliminate the risk.

Death threats are probably one of the most pervasive actions against women and men human rights activists in the world, and they do stand in the way of the right to defend human rights (RDHR). As the repression of human rights activist, predominantly psychological, threats are widely used to make activist feel vulnerable, anxious, confused and helpless. Ultimately, repression (and threats) also seeks to break organizations and make activist lose trust in their leaders and colleagues. Activist have to tread a fine line between careful and proper management of threats and maintaining a sense of safety in their work.
Threat can be defined as a declaration or indication of an intention to inflict damage, punish or hurt, usually in order to achieve something.

Human rights activist receive threats because of the impact their work is having, and most threats have a clear objective to either stop what the activist is doing or to force him or her to do something.

I am afraid to visit my country to see my family because of the threats of this person. I want to make sure that I am safe and that nothing unnecessary happens in Sri Lanka.In my understanding, it cost the lives of those who were in my position.

I hereby confirm that everything I have written here is true and not a false explanation or fabricated story.I am aware of anyone who provides incorrect information to the police or other public authority, by fabricating evidence or by other conduct creates an incorrect basis for criminal liability, and thereby someone incurs a charge or conviction, is punishable.

No comments to show.